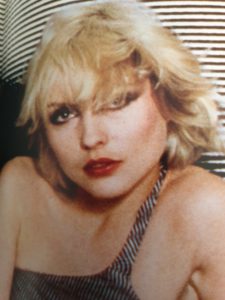 Today I am going to do a Blondie songs list as I was a big fan back in the day. I will give a bit of history of the band and list their singles and albums. Blondie burst on to the scene in the late 70’s with a couple of number 1 hits before the turn of the decade.

At the end of the seventies, Blondie were a bit of a surprise packet. You could not put them into any one category, which I think was deliberate. One minute they would release a pop song, then a serious song. Think about it, they did punk, disco, reggae, rap, they did it all.

In former bunny girl Debbie Harry they had without doubt the undisputed sex symbol at the time.

Blondie grew out of a band Debbie Harry was in called the Stilettoes, it was an occasional group described by Debbie as tacky and general chaos. The Stilettoes had not been Debbie’s first group, (she had made an album in 1968 with a band called Wind In The Willows), but it was the first to feature her boyfriend Chris Stein.

With the rhythm section of the Stilettoes Fred Smith and Billy O’Conner they formed a group, which after playing under many names settled on Blondie in 1974. This was because briefly they had 2 blonde backing singers at the time. 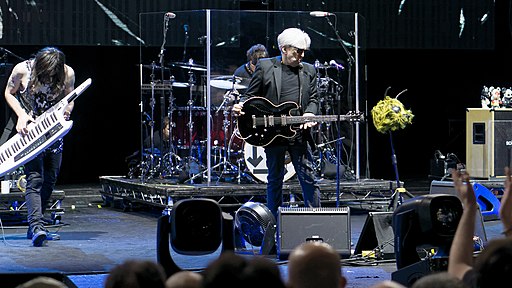 They released their first album Blondie in 1976, by the time the album was released they had a new rhythm section with Fred Smith leaving and being replaced by Gary Valentine on bass and Clem Burke joined on drums. This album was not released in the UK until 1978.

Pop and fun would be the way to describe the early career of Blondie. The songs were short with three and a half minutes being a long song by their standards. In 1978 Chrysalis took a gamble on the group and invested half a million. The gamble paid off when the release of the first single from their new Plastic Letters album, Denis, rose to number 2 in the charts in the UK.

Plastic Letters remained over a year in the UK album charts. It’s best track (I’m Always Touched By Your) Presence Dear written by now departed bass-player Gary Valentine reached number 10 in May of 1978.

The band were now 6 strong with the addition on keyboards of Jimmy Destri and English bassist Nigel Harrison. By now, they had a new producer in Mike Chapman who was known as the “hit machine” because of the amount of hits he had with other bands.

The first album they recorded with Chapman was Parallel Lines also released in 1978. The album in which all six of the members were involved in the song writing, produced four hit singles. Picture This, Hanging On The Telephone, Heart Of Glass and Sunday Girl.

Parallel Lines was one of those albums that just kept on selling with over a million sold in the UK alone and spent over 100 weeks in the charts.

The follow up album Eat To The Beat also produced By Chapman yielded another 3 major hits. Dreaming, Union City Blues and Atomic. Let’s move on to their discography.

Blondie have had 20 top 40 singles in the UK over the years. Starting with Denis in 1978 to Good Boys in 2003. I will list the song name, the year released and the position reached in the charts in the UK and if applicable the US.

6, No.1 singles in the UK for Blondie then. There are not many bands that do that. If you think about it, some of the so called super groups would have loved 6 No.1’s.

Blondie have had 9 studio albums that madke the top 40 in the UK. I will name the album, the year released, chart position reached in the UK and if applicable the US.

This album was their biggest chart success making it to no.1 in the UK. Here are the track listings. 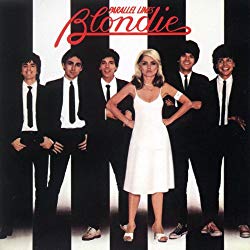 They also had 5 greatest hits albums that made the top 40 plus Beautiful: The Remix Album reached 25 in 1999 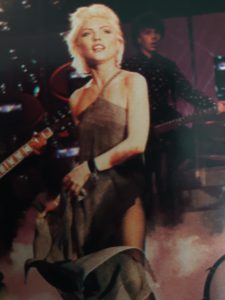 She also had 4 solo studio albums that  made the top 40 in the UK.

I hope you enjoyed this look at Blondie and their history. If you did leave a comment below. Maybe you saw the band or a particular song stirred a memory for you. Let me know below.