The original boy band the Bay City Rollers were from Edinburgh, my home town.

In today’s post about Bay City Rollers Songs I will list their singles and albums. I will also add a bit of the history of the band. 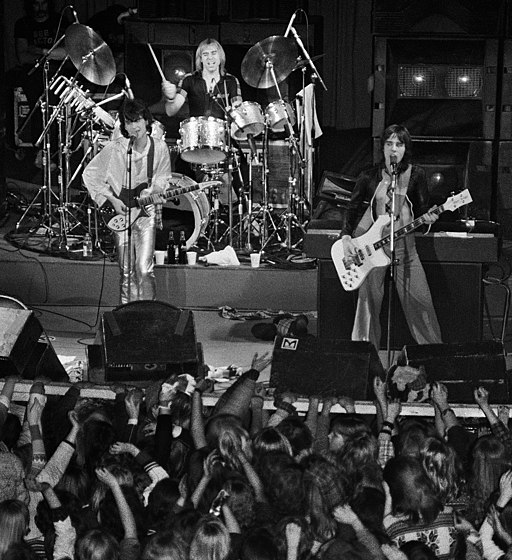 The Bay City Rollers had their biggest success during 1974-1975 with 7 top 10 hits in the UK. In total they had 12 top 40 hits here. They also had limited success in America, but they did get a number 1 there.

The boys began life as The Saxons formed by The Longmuir brothers who were still at school. At the time. Alan Longmuir (born on the 20th June 1953) and Derek Longmuir (born on the 19th March 1952 had their first break in 1969 when Alan persuaded local dance band leader Tam Paton to come and listen to them. Paton had become tired of having his coffee breaks interrupted by the persistent 15 year old.

He went to see them in a back bedroom of an Edinburgh council flat where the boys played the usual schoolboys versions of Beatles songs. Their enthusiasm though convinced Paton to take them on. Up until then they had only played a few local gigs first as The Saxons and then as The Bay City Rollers.

Paton who had no managerial experience, managed to get them a residency at the local Top Storey club. Dressing them up in pink suits and black bow ties. They spent the next 2 years playing around Scotland, were they gathered a large following. The only thing was they were not making any money.

In 1971 Dick Leahy who was head of Bell Records in the UK, found himself with a few hours to kill in Edinburgh. He had missed his plane and was persuaded to go and watch the group. He was amazed by the teenage fans reaction to the Rollers bouncy pop tunes, he then signed them up.

By now the band consisted of Derek Longmuir (drums), Nobby Clark (vocals), Alan Longmuir (bass), Dave Paton (guitar) and Billy Lyall (keyboards). Despite Bell’s offer, Paton and Lyall left the group ( later to re-surface as members of Pilot). Keyboard player Archie Marr and guitarist Neil Henderson were added. Then a 2nd guitar player Eric Faulkner (born on the 21st October 1954) was brought into the line up and Marr was dropped.

In June 1971 The Bay City Rollers released their first single called Keep On Dancing, it made no impression to start with until the radio stations picked it up and extensive airplay helped the single reach number 9 in the charts in the UK.

There may be affiliate links in this post, if you click the link and make a purchase i will make a small commission at no extra cost to you. See full disclosure

The groups final chance with Bell in February 1974 was the song Remember (Sha-La-La). In the week that Remember was bubbling under the charts they appeared on Top Of The Pops. They wore the soon to be famous outfits of rather short trousers with tartan stripes up the side and around the bottom. Eric Faulkner suggested they wear their exaggerated outfits as they seemed so popular with the kids in Scotland.

After four years on the road the band were on the verge of splitting up. Even a hit record didn’t stop new guitarist John Devine or singer Nobby Clark from leaving. By the time their next single Shang-A-Lang reached number two, the band now had the more famous line up. The Longmuir Brothers, Eric Faulkner, rhythm Guitarist Stuart “Woody” Woods (born on the 25th February 1957) and singer Les McKeown ( born on the 12th of November 1955) was complete.

The band were screamed at by thousands of adoring teenage girls wherever they went and the word Rollermania entered the newspaper headlines. They were really taking off by now with Summer-love Sensation reaching number 3 in August 1974 and All Of You Loves All Of Me reaching number 4 two months later.

In 1975 in their first session with new producer Phil Wainman, who went on to be their regular producer, they got their first number one single in the UK with Bye Bye Baby. This was followed to the top in the July of 1975 by Give A Little Love.

The ratings for the TV pop shows were soaring and the Bay City Rollers made frequent appearances on these shows. They even had their own pop show called Shang -A-Lang which they did from Scotland.

Let’s move on to their discography.

I will name the song, the year of release and chart position reached in the UK and where applicable the US.

The Bay City Rollers had 5 studio albums in the charts in the 70’s plus two greatest hits albums in the 2000’s. I will list the album name, year released and chart position reached in the UK and if applicable the US.

If you liked this post, leave a comment below. What are your memories of the Bay City Rollers? Did you see them in concert let me know below.

If you enjoyed this post, could you pop over to my facebook page please and click the like button. I am trying to build up a community of people who love this decade of music. 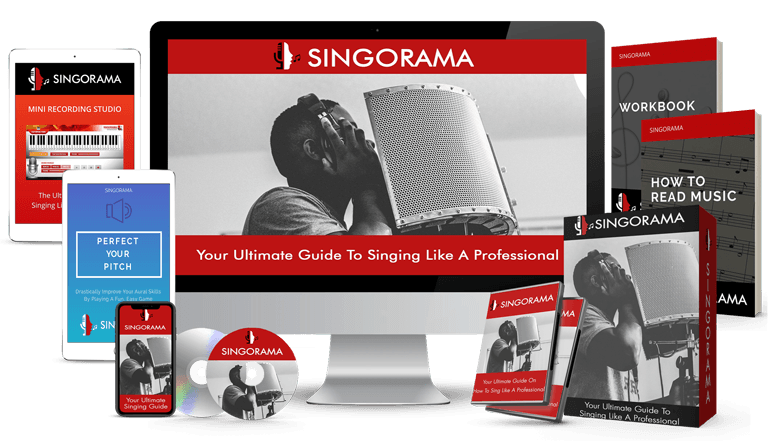