Welcome to my post on the best Eagles songs. I will give a brief history of the band, their singles and their albums. 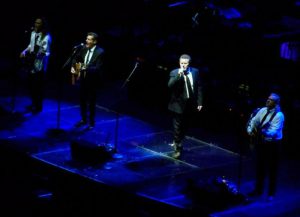 The Eagles are an American rock band formed in 1971 who had amazing success in the US. They had 5 number 1 singles and 6 number 1 albums there. Here in the UK their chart success single wise was limited with 5 singles making the top 25, they also had 4 top 10 albums, 1 live album that made number 18 and 5 greatest hits album made the top 10 over the years.

Seven Bridges Road was the last single to make the top 30 in the US. 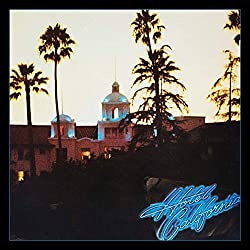 Let’s take a look at the track list of the final greatest hits album to make the charts in both countries. 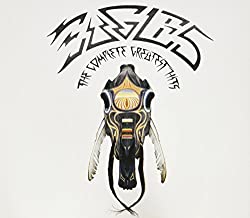 The Very Best Of / The Complete Greatest Hits

When the band split up in 1980 Glen Frey and Don Henley had a couple of solo hits here in the UK.

I must mention Joe Walsh here as he was with the band when I saw them in 1994 (see below). He joined Eagles in 1975 after the departure of Bernie Leadon. His only top 20 hit in the UK was Life’s Been Good which reached number 14 in the UK and number12 in the US. It was a cracking song though.

The Eagles broke up in 1980 but got back together to make the Hell Freezes Over album in 1994, the album was called this because whenever they were asked when they would get back together again they always said when hell freezes over. They then embarked on a Hell Freezes over tour between 1994-1996, my wife Gill and I were lucky enough to see them on this tour at Murrayfield Stadium Edinburgh Scotland on the 8th April 1996. What a night.

The line up was

Pretty Maids All In A Row

The Girl From Yesterday

I Can’t Tell You Why

One Of These Nights

Help Me Through the Night

Heart of the Matter

Love Will Keep Us Alive

You Belong to the City

The Boys of Summer

All She Wants to Do Is Dance

Life in the Fast Lane

Thanks to Eagles Online for this information.

I hope you enjoyed your trip down memory lane with this post on the Best Eagles Songs. If you have leave a comment below, maybe you have seen them recently on their current tour. Perhaps like me you saw them years ago on one of their tours. What about your favourite Eagles song, my is probably Take It Easy.