Today we have a Michael Jackson songs list, but first a bit of info on Michael.

An American singer, songwriter and dancer he was an enormous success throughout his career which lasted from when he first performed with The Jackson 5 when he was 5 or 6 until his untimely death on 25th June 2009.

Dubbed the “King of Pop” he had an amazing career with great success all over the world.

I hope I can do him justice with the lists below. Enjoy the trip down memory lane.

No Michael Jackson Songs List would be complete without focusing on both the singles, the massive albums of the late 70’s and in the 80’s plus his time with the Jackson 5 and the Jacksons. In this list I will concentrate on his 47 top 30 solo singles here in the UK. I will name the song, the year of release and position reached in the charts in the UK.

Michael also had 10 studio albums in top 40 in the UK. As usual I will name the song, the year of release and position reached in the charts in the UK.

Let’s have a look at the best selling album of all time, Thriller which sold over 45 million copies worldwide. I think the video released with the single Thriller helped a lot in those sales figures. 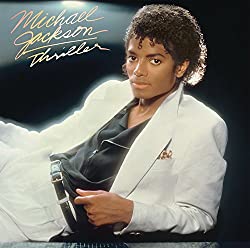 If you want to have all of Michael Jacksons hit singles in one place this is the album to buy. See what I mean on the track listings below.

Wow is that an album or what? An album I have in my collection of course. 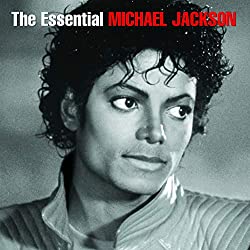 The Jackson 5 (stylized as the Jackson 5ive), later known as the Jacksons, were an American pop band composed of members of the Jackson family. The group was founded in 1964 in Gary, Indiana by brothers Jackie, Tito, and Jermaine, with younger brothers Marlon and Michael Jackson joining soon after. They were among the first black American performers to attain a crossover following, preceded by the Supremes, the Four Tops, and the Temptations.

The Jackson 5 performed in talent shows and clubs on the Chitlin’ Circuit, then signed with Steeltown Records in 1967 and released two singles. In 1968, they left Steeltown Records and signed with Motown, where they achieved 16 top-40 singles on the Hot 100. The group left Motown for Epic Records in 1975, with the exception of Jermaine, who was replaced by Randy. At Epic, they released five albums between 1976 and 1981, including the successful albums Destiny (1978) and Triumph (1980) and the singles “Enjoy Yourself”, “Shake Your Body (Down to the Ground)””, and “Can You Feel It”. The brothers also released solo albums, most successfully Michael, whose 1982 album Thriller became the best-selling album in history. In 1983, Jermaine reunited with the band to perform on the Motown 25: Yesterday, Today, Forever TV special. They released the Victory album the following year, followed by an extensive tour which also featured songs from Michael’s solo albums. After the Victory tour, Michael and Marlon Jackson left the group. The remaining four released the poorly received 2300 Jackson Street album in 1989 before being dropped from their label. In 2001, the Jacksons reunited on Michael’s 30th anniversary television special. The four eldest of the brothers embarked on their Unity Tour in 2012 following Michael’s death, and they planned several major performances for 2017.

The Jackson 5 have sold more than 100 million records worldwide, making them one of the best-selling bands of all time. They were inducted to the Rock and Roll Hall of Fame in 1997 and the Vocal Group Hall of Fame in 1999. They were also the first group to debut with four consecutive number one hits on the Hot 100 with the songs “I Want You Back”, “ABC”, “The Love You Save”, and “I’ll Be There” “”

Here is a link to the full article 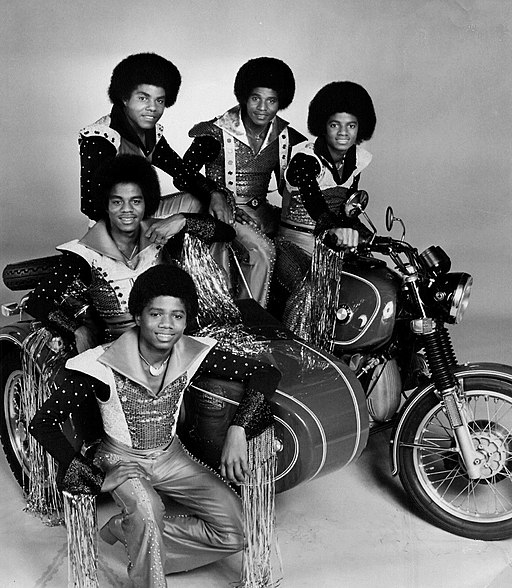 It came as a shock to everyone when Michael passed away on the 25th June 2009.

Michael Jackson’s memorial was held on July 7, 2009, at the Staples Center in Los Angeles, preceded by a private family service at Forest Lawn Memorial Park’s Hall of Liberty. Over 1.6 million fans applied for tickets to the memorial; the 8,750 recipients were drawn at random, and each received two tickets. The memorial service was one of the most watched events in streaming history, with an estimated US audience of 31.1 million.

Mariah Carey, Stevie Wonder, Lionel Richie, Jennifer Hudson, and Shaheen Jafargholi performed at the event. Smokey Robinson and Queen Latifah gave eulogies. Al Sharpton received a standing ovation with cheers when he told Jackson’s children, “Wasn’t nothing strange about your daddy. It was strange what your daddy had to deal with. But he dealt with it anyway.”” Jackson’s 11-year-old daughter Paris Katherine, speaking publicly for the first time, wept as she addressed the crowd. The Rev. Lucious Smith provided a closing prayer. Jackson’s body was entombed on September 3, 2009, at Forest Lawn Memorial Park in Glendale, California.

A pretty comprehensive Michael Jacksons songs list from his solo career you must agree. What a career he had. I saw Michael in concert twice, both times at Cardiff Arms Park in Wales UK on the 26th July 1988 on the Bad tour( I looked it up). Kim Wilde was the support act, another great artist.

I also saw him again in Cardiff, Wales UK at Cardiff Arms Park on August the 5th 1992 on his Dangerous tour. The support act was a band called Kris Kross (not impressed). Michael gave his usual brilliant performance.

Have you ever been to see Michael Jackson? Leave a comment below and let me know what you thought of the show.

What is your favourite Michael Jackson Song? It’s a hard choice to pick just one. Let me know yours in the comment box below.