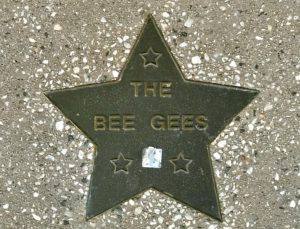 Today I am doing a Bee Gees song list. I hope you enjoy it.

The Bee Gees as everyone knows were a group consisting of 3 brothers, Barry, Robin and Maurice Gibb. They were born in the Isle of Man in the UK. The family moved to Australia in the late 50’s which is why a lot of people thought they were an australian band.

This Bee Gees song list will consist of songs that reached the top 20 in the charts in the UK. I will name the song, the year and position reached in the charts.

So there you have it 26 singles in the top 20 including 5 number 1 singles. Here is a personal favourite Bee Gees song.

The Bee Gees had 8 studio albums that made the top 20 in the UK. Here they are with album title , year released and chart position reached. 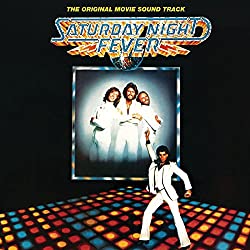 This album is the soundtrack from the film Saturday Night Fever as I mentioned above, the film starring John Travolta was a massive hit. The album was number 1 in the UK for 18 weeks. It was a double album that I still own but I have not played for a long time. I might have to get it out for a listen after doing this post:) Here is the track listing.

The Bee Gees also had 7 compilation albums that made the top 20 in the UK. 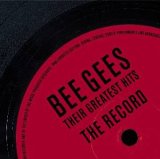 This is the track listings for the double L P above. Made in yellow vinyl, which you don’t see very often.

New York Mining Disaster 1941
Run To Me / World
Medley: Holiday / … / Massachusetts
How Can You Mend A Broken Heart
To Love Somebody

You Should Be Dancing
Boogie Child
Down The Road
Words

Brian May of Queen said: “Of course I was, and am a huge fan of the Bee Gees’ creations in music. Undoubtedly at the pinnacle of song-writing considered over the last—30 years. My fondest recollections are not of the SNF days, which were really a re-birth in the Bee Gees’ popularity, but the early ground-breaking songs … I remember singing these [songs] with my pal Tim Staffell [of Smile] and Freddie [Mercury] in the real old days.” May also praised the song “You Win Again” as one of the greatest songs of the ’80s.

In his 1980 Playboy magazine interview, John Lennon praised the Bee Gees, “Try to tell the kids in the seventies who were screaming to the Bee Gees that their music was just the Beatles redone. There is nothing wrong with the Bee Gees. They do a damn good job. There was nothing else going on then”.

Michael Jackson, who was also influenced by the Bee Gees, said, “I cried listening to their music. I knew every note, every instrument”.

Paul McCartney recalled, “It was the ‘Mining Disaster’ song that Robert Stigwood played me, I said ‘sign them, they’re great'”.

Ringo Starr said, “The Bee Gees from our era were quite important, especially the harmonies.”[

In a 2007 interview with Duane Hitchings, who co-wrote Rod Stewart’s 1978 disco song “Da Ya Think I’m Sexy?”, noted that the song was:

a spoof on guys from the ‘cocaine lounge lizards’ of the Saturday Night Fever days. We Rock and Roll guys thought we were dead meat when that movie and the Bee Gees came out. The Bee Gees were brilliant musicians and really nice people. No big egos. Rod, in his brilliance, decided to do a spoof on disco. VERY smart man. There is no such thing as a “dumb” super success in the music business.

Here is link to the full article on wikipedia

Well, a very successful group in anybody’s eyes I think you would agree. They are reported to have sold over 220 million records worldwide. Thanks for visiting today and I hope you enjoyed this look at this Bee Gees song list.

Leave a comment about your memories of the Bee Gees, maybe you were lucky enough to see them in concert. I wish I had.

13 Replies to “A Bee Gees Song List – Singles And Albums”