Welcome to my Fleetwood Mac songs list. Fleetwood Mac, what can I say? They have a fantastic back catalogue of songs. In this post I am going to list their singles and albums since they formed up until the present day. But I will be concentrating on the 70’s & 80’s as this is when the band had their biggest successes.

Fleetwood Mac are a British-American rock band, formed in London in 1967. The original line up consisted of  Peter Green on guitar, Mick Fleetwood on drums, Jeremy Spencer on guitar and bassist John McVie. In 1968 Danny Kirwan joined as a 3rd guitarist. The 3 guitarists had all left by the early 70’s.These 3 were replaced by guitarists Bob Welch and Bob Weston also vocalist Dave Walker, The band were still unstable and these 3 had either been sacked or left before 1974.

This left the band without a vocalist or a guitar player. At the end of 1974 Mick Fleetwod was introduced to Lyndsey Buckingham and Stevie Nicks. Once they joined the band they produced more of a pop feel to their music and they had massive success.

The band had most of their success with their albums, Rumours becoming the 8th best selling album ever. I will list their single hits and then move on to the albums.

Here is a list of their top 50 hits in the 70’s, I have made this list into top 50 because a lot of these songs are now regarded as classics but didn’t do well in the UK charts at the time, I guess everyone bought the Rumours album instead:). I will add song name, year of hit and position reached here in the UK.

The band have had 17 studio albums which I have listed below. The ones with no chart position did not make the charts here in the UK and were only minor hits in the US.

This was the bands debut album and featured a mixture of blues covers and originals written by Peter Green and Jeremy Spencer. This is the only album that does not feature Christine McVie on Keyboard/Vocals. Here are the track listings. 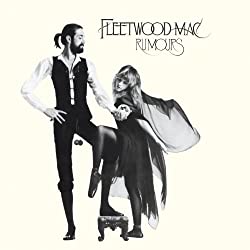 This is what wikipedia has to say about the album Rumours.

“The band’s eleventh studio album, Rumours (the band’s first release on the main Warner label after Reprise was retired and all of its acts were reassigned to the parent label), was released in the spring of 1977. In this album, the band members laid bare the emotional turmoil they were experiencing at the time. Rumours was critically acclaimed and won the Grammy Award for Album of the Year in 1977. The album generated multiple Top Ten singles, including Buckingham’s “Go Your Own Way”, Nicks’s US No.1 “Dreams” and Christine McVie’s “Don’t Stop” and “You Make Loving Fun”. Buckingham’s “Second Hand News”, Nicks’s “Gold Dust Woman” and “The Chain” (the only song written by all five band members) also received significant radio airplay. By 2003 Rumours had sold over 19 million copies in the US alone (certified as a diamond album by the RIAA) and a total of 40 million copies worldwide, bringing it to eighth on the list of best-selling albums. Fleetwood Mac supported the album with a lucrative tour.”
Here is a link to the full article on wikipedia.

Tusk was also a number 1 album for the band here in the UK. It was released as a double album in 1979, here are the track listings. 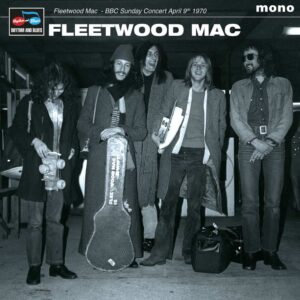 There you have it, a look at the music of Fleetwood Mac. I hope you enjoyed the post and if you did leave a comment below and let me know what you favourite songs were. Mine were probably Albatross as it just reminds of lying on a beach in the sun, I don’t know why. I also like Don’t Stop and You Make Loving Fun. It would be good to see what other people liked and what memories it brought them. Perhaps you were lucky enough to see them live, anyway let me know below. I look forward to hearing from you.