They signed for A&M Records in 1969 and had their first big hit a year later in 1970 with the song Close To You which reached number 1 in the US and number 6 here in the UK. 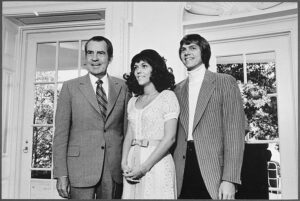 The duo were born in New Haven, Connecticut. Richard took piano lessons as a child, while Karen learned the drums. They first performed together as a duo in 1965 and formed the jazz-oriented Richard Carpenter Trio followed by the group Spectrum.

Their breakthrough album was called Close To You in 1970. Let’s take a look at this first chart album for the Carpenters in the UK. 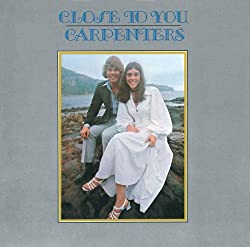 The duo toured constantly during the 1970s, which put them under increased pressure; Richard had to take a year off in 1979 after he had become addicted to prescription drugs, while Karen suffered from anorexia nervosa. Their joint career ended in 1983 when Karen died from heart failure brought on by complications of anorexia. Their music continues to attract critical acclaim and commercial success. They have sold more than 90 million records worldwide, making them one of the best-selling music artists of all time. 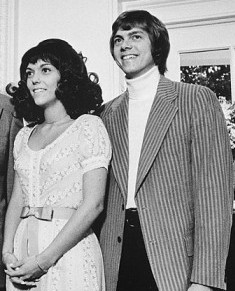 In this singles list I will name the song, the year it made the charts and the position it reached in the UK and if applicable the US. 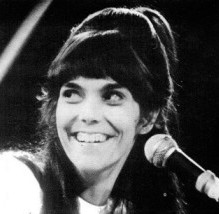 As above I will name the album title, the year the album made the charts and the position reached in the UK and if applicable the US.

Let’s have a look at the greatest hits album Only Yesterday which got to number one in the UK in 1990. 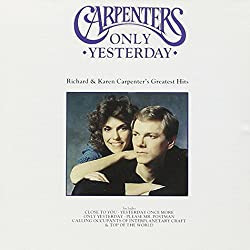 Thanks for visiting today and I hope you enjoyed this look at the Carpenters. Leave a comment below telling me your favourite Carpenters songs.

Keep listening to those old 70s songs and I hope you visit again soon. 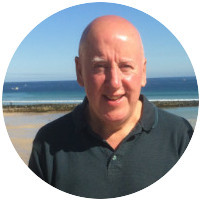