Welcome to my post on Ska Music bands of the 70s. I am going to focus on the bands who had good chart success. If I miss out your favourites add them below in the comments.

Ska Music had a big revival in the late 1970’s here in the UK, it was a music scene I was involved in as I loved the sound. With the Harrington jacket, stay pressed trousers, Ben Sherman shirt and braces we all thought we were the kiddos.

In Cardiff they had quite a healthy Ska scene, one club in particular jumped on the bandwagon as the owner could see there was money to be made. We used to go in there asking the DJ to play the latest Ska songs and the manager could see the rising popularity of the music and the amount of people interested in the music.

He changed the name of the club from The Dog And Duck to Rascals and they just played Ska music all night. It was always packed every Friday and Saturday night and I think he must have made a fortune. They were great nights and he deserved it for having the sense to go with what the punters wanted.

There were 5 Ska music bands who stood out from the rest during the revival of the sound in the late 70’s early 80’s. They were Madness, The Specials, The Beat, Bad Manners and The Selecter. There were other bands around of course but these 5 had all the big hits. I will go into detail about each band below and also a mention about the two tone label.

Madness got there name from a Prince Buster song of the same name. Prince Buster was one of the singers who recorded Ska music in the 60’s. Madness had a string of hits here in the UK during the late 1970’s and throughout the early part of the 1980’s. They had 20 top 20 singles between 1979-1986.

Here is a list of their singles in those years. I have added song title, the year and chart position reached in the UK

They also had 6 studio albums in this period. One Step Beyond, Absolutely, 7, The Rise And Fall, Keep Moving and Mad Not Mad. They also had a greatest hits album called Complete Madness released in 1982. 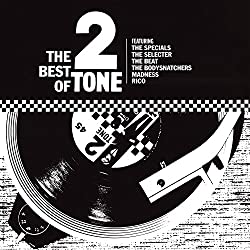 The Specials were a Ska revival band formed in Coventry in 1977. The band consisted of Terry Hall and Neville Staples on vocals, Lynval Golding and Roddy Radiation on guitars, Horace Panter on bass, Jerry Dammers on keyboard, John Bradbury on drums and Dick Cuthell and Rico Rodriguez on horns.

The Specials had 7 top 10 singles between 1979 and 1981. These are listed below with song name, year and chart position reached in the UK.

The Beat from Birmingham had Dave Wakeling and Ranking Roger(Roger Charley) on vocals, Andy Cox on guitar, David Steele on bass, Everett Morton on drums and Saxa(Lionel Martin) on saxophone. They had 5 top 20 singles and 3 albums between 1979 and 1983.

The singles are as follows

Bad Manners were fronted by a crazy guy called Buster Bloodvessel(Douglas Trendle) who with his bald head and massive stomach would dance around like a madman whilst belting out the hits on stage. Other band members were Lee Thompson, Simon Cuell, Tony “Rico” Richardson, Adrian Cox, Matty “Bingo” Bane, Colin Graham, David Turner, Tom Massey, Justin Dodsworth. Quite a few band members as you can see.

The also had 4 studio albums at this time but with limited success.

The Selecter were another band from Coventry they only had 3 big hit songs but they were great ska songs that got you up dancing everytime you heard them.

Their success was short-lived but the songs are as good now as they were then.

Two Tone Records were started in 1979 by Jerry Dammers of The Specials. Apart from The Specials they signed up Madness, The Selecter and The Beat who all left within 2 years. According to Wikipedia ” 2 Tone Records acts signed a contract that allowed them to leave the label after releasing just one single, which was unusual in the record industry. Madness and The Beat both took advantage of this clause; the former to sign to Stiff Records, and the latter to start their own label, Go Feet Records.” 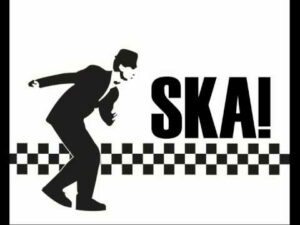 I hope you have enjoyed this little look into Ska music bands and I hope you learned something new. If you were also into Ska leave a comment below. Did you ever see any of the bands in concert? I have seen Madness and The Beat both great nights out.