If you went to a David Essex concert in the mid seventies you would have been surrounded by screaming girls. Their constant shouts of ‘David’ would have made it hard to hear any David Essex songs at all. There was the danger that these screaming girls would storm the stage and disrupt the concert as others had done at other teen idol act in the 70s. David put a stop to any idea of this by announcing at his concerts that if they did the music would stop and he would leave the stage.

David was born David Albert Cook in London on the 23rd of July 1947. After persuading his dad to part with 37s 6d to by him a second hand drum kit he joined his first group in 1963 they were called The Everons a blues band. With thoughts of stardom he gave up his engineering apprenticeship but life as a musician was pretty tough and over the next 7 years he had 10 singles that flopped.

His manager Derek Bowman had faith in David and moved him into repertory theatre, with a lead part in a musical call The Fantasticks. With this and other productions he gained valuable acting experience. His break came in 1971 when he was chosen from 6000 applicants to play Jesus in Godspell.

Taking a break from Godspell he co-starred with Ringo Starr in a movie called That’ll Be The Day. He played Jim Maclaine a working class kid trying to be a star, the part could have been written for him. 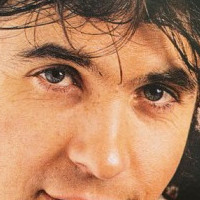 Rock On written by David Essex for the film became his first hit in 1973 reaching number 3. Two other songs from the Rock On album also made the charts, Lamplight got to number 7 but America only made it to 32.

His second album David Essex released in 1974 contained his next two hits. Gonna Make You A Star which got to number one and Stardust which reached number 7. Stardust of course was the name of his next film which came out the same year.

His first six albums showed he had a great writing talent with over 50 of his own songs included in the albums. He had further hits with Rolling Stone, City Lights, Coming Home and another number 1 with Hold Me Close.

In 1978, he returned to the West End playing Che Guevara in Evita. He had a hit from the show too. Oh What a Circus got to number 3.

He starred in another film Silver Dream Machine and the title song reached number 4 in 1980.

David Essex has had 21 top 50 singles in the UK including two number one songs. I will name the song, the year of the hit and the position reached here in the UK.

David Essex had 10 top 40 studio albums in the UK. I will do the same as the singles, I will name the album, the year of the hit and the position reached in the chart here in the UK. 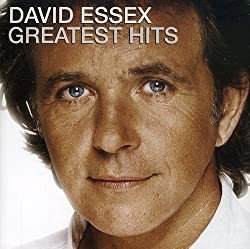 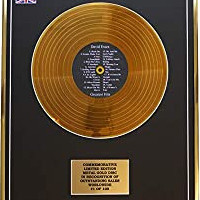 Did this post bring back some memories for you? If yes leave a comment below and let me know what your favourite David Essex song was. Maybe you saw him in concert. It would great if you shared your experience with us.

Thanks for visiting today and please call back as I build the site. Leave a comment below and let me know if their is a singer or group I should feature. 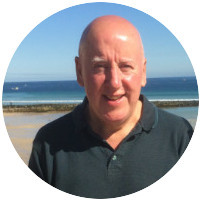