Today we look at  my favourite Slade albums and give you a bit of info of the band. Slade were a band from Wolverhampton in England and they came to prominence in the early 1970’s. The original 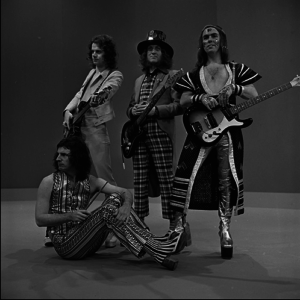 members were Noddy Holder on vocals, Noddy was born and raised in nearby Walsall, Dave Hill on lead guitar was born in Devon but moved to Wolverhampton as a child, Jim Lea on bass guitar was a local lad as was Don Powell on drums.

I am concentrating on 5 Slade albums that I bought in the early 70’s when Slade were one of the top bands in the UK. I went to see Slade in concert in 1972 just after they brought out Gudbuy T’Jane. Amazing concert it was too, years later a friend found the program from the concert and told me that the support acts were Suzi Quatro and Thin Lizzy. This was before they made it big in the UK. Anyway on to the 5 Slade albums I recommend you listen to. 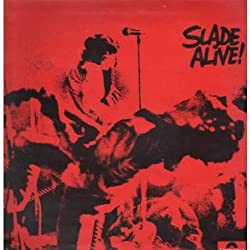 Slade Alive! was as the title suggests a live album from Slade. The album was released on 24 March 1972 and reached number 2 in the album charts. Noddy Holder’s vocals on Born To Be Wild are amazing. Here is a list of the songs on the album. 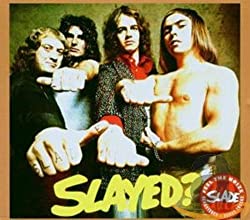 Slayed was the 3rd studio album from the band and was released on 1st November 1972. The album reached number 1 in the album charts. The songs on the album are listed below.

A big year for Slade I would say. 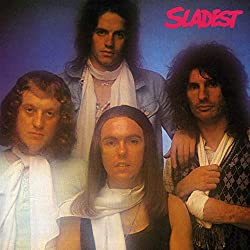 Sladest was a compilation album featuring a lot of the bands hit singles. It was released on the 28th September 1973. Here is a track list of the album.

As you can see from the song titles Slade were not known for their spelling. 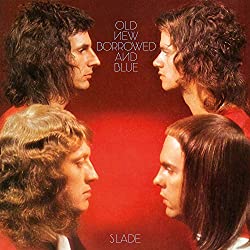 Slades next album was released on 15th February 1974 and reached Number 1 in the album charts. The track list was as follows.

During the recording of this album drummer Don Powell was nearly killed in a car crash, this obviously put the bands future in doubt. Thankfully Don made a full recovery and was soon back in the recording studio albeit with a stick. 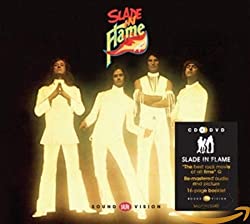 Slade In Fame was their first soundtrack album and featured the band in white suits on the cover. It was released on 29th November 1974 and reached Number 6 in the album charts. The album contained songs from the bands film of the same name. Here is a list of the songs.

Other Slade Albums And The Hit Singles

Apart from the above albums Slade had 4 other albums in the 70’s and also had 17 top 20 singles of which 6 hit the top spot. The other Slade Albums were.

Below I have listed the 17 singles, the year and position reached in the charts,

Slade’s First Number 1 Single Coz I Luv You

The band had numerous other albums over the years but none were as successful as the 5 Slade albums above. I hope you have enjoyed this insight into the band. If you have any memories of Slade yourself, perhaps you saw them in concert too, leave a comment below or send me an email to frank@musicofthe70s.co.uk

If you enjoyed this post, could you pop over to my facebook page and click the like button please. You will then be able to see when I add my latest posts. Thanks in advance.

4 Replies to “5 Slade Albums You Need To Listen To”