When you think about the music of the 70s, who comes to mind for you? Is it David Bowie, T.Rex, Slade? There was of course a diverse amount of different types of music during this amazing decade for music.

Today we are going to take a look at the groups who were having the hits in the 70s.

I would like to know your memories of the music of the 70s so it would be great fun if you could leave a comment below and let me know your favourite group, song etc…

If you have the time could you pop over to my facebook page and click the like button please. If you love 70s music get involved with other people who love the same music as yourself. Add your favourite video for everyone to see. It would be great to hear from you. 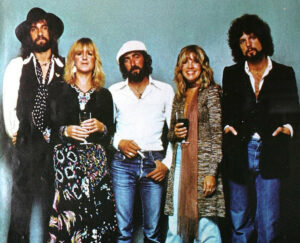 Before we move onto the solo artists from the 70s which I will do in another post. let’s take a quick look at the most successful groups of the decade. To make it easier to read I will do it in alphabetical order.

Starting with A it has to be Abba. They came to people’s notice after winning the eurovision song contest in 1974 with Waterloo, their first number one song in the UK. They went on to have 17 top 40 hits in the UK in the 70s with 9 number ones.

The Bay City Rollers, the first boy band I would say, if I am wrong correct me in the comments below. The Rollers had 12 top 40 hits in the 70s with Bye Bye Baby and Give a Little Love hitting number one.

The Bee Gees had 11 top 40 hits in the 70s including two number one songs with Night Fever and Tragedy. 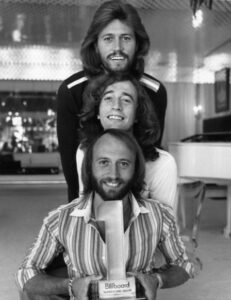 Blondie had 8 top 20 songs between 1978-1979, they also had two number ones in this period with Heart Of Glass and Sunday Girl.

Boomtown Rats burst on to the scene in 1977 and had 7 top 20 hits with Rat Trap and I Don’t Like Mondays going to number one.

Brotherhood Of Man, another eurovision contest winner in 1976 had 8 top 40 songs. Their eurovision entry Save Your Kisses For Me, Angelo and Figaro all hit the top of the charts.

We move on to C in the alphabet and a band called C.C.S had 5 top 40 hits during the 70s. Their biggest hit was Tap Turns On The Water, aah now you remember them don’t you? Here is a video of the song.

This one surprised me, Chairmen Of The Board had 9 top 40 hits with Give Me Just A Little More Time their biggest hit when it reached number 3 in the charts.

Chicago had a big number one with If You Leave Me Now in 1976 but only had 2 other top 40 hits in this fantastic decade of music.

Chicory Tip had 3 top 20 hits with Son Of My Father going to number one.

The Chi-Lites had 9 top 40 hits, their biggest hit was Have You Seen Her, my personal favourites where Oh Girl and Homely Girl. What was yours? Leave a comment below.

Creedance Clearwater Revival had 6 top 40 hits, I can’t say I was into them in the 70s. Their chart appearances didn’t last long with their hits coming in 1970 and 1971. I was more a glam rock fan myself. Each to their own though.

Darts had a good run between 1977 and 1979 hitting the top 40 seven times. They had three number 2 songs with Come Back My Love, Boy From New York City and It’s Raining. I did like Duke Of Earl though which only got to number 6.

Dawn had six top 40 songs including two number one songs. Knock Three Times and Tie a Yellow Ribbon Round The Old Oak Tree.

We move onto Detroit now, the Detroit Emeralds having four songs in the top 30. Feel The Need In Me being their biggest hit in 1973 reaching number 4.

Detroit Spinners on the other hand had seven top 40 hits. Ghetto Child was their biggest hit also in 1973 reaching number 7.

Dr. Hook had five songs in the top 20 in the 70s. They had a number one with When You’re In Love With A Beautiful Woman in 1979. I preferred Sylvia’s Mother and A Little Bit More which both reached number 2.

The Dooleys had 6 top 30 singles in the UK chart. Their biggest hit was Wanted which reached number 3.

The Drifters had 12 hits in the 70s. No number one songs though, their biggest hit was Kissin’ In The Back Row Of The Movies which peaked at number 2.

Ian Dury and the Blockheads had to have a mention as they had 3 top ten songs. They got to number one in 1978 with Hit Me With Your Rhythm Stick.

The Eagles had seven top 40 songs in the 70s, Hotel California was their biggest hit which reached number 8 in 1977. I saw the Eagles in concert at Murrayfield stadium in Edinburgh on their Hell Freezes Over tour. It was called this because when they were asked if they would ever get back together again someone said when hell freezes over.

Earth Wind and Fire had seven top 40 hits in the 70s, September was their biggest hit reaching number 3.

E.L.O had 17 top 40 hits, with Don’t Bring Me Down their highest chart single peaking at number 3

The Faces with Rod Stewart and Ronnie Wood of course had 4 top 20 songs in the charts here in the UK. Cindy Incidentally was their biggest hit in 1973 reaching number 3.

Who remembers Fiddlers Dram? They were one hit wonders with Day Trip To Bangor (Didn’t We Have a Lovely Time). It got to number 3 in 1979.

First Choice had 3 songs in the charts with Smarty Pants their biggest hit at number 9 in 1973.

Fleetwood Mac had 8 top 40 hits but surprisingly their best songs did not do well in the UK charts with a re-issue of Albatross reaching number 2 in 1973. Tusk reached number 6 in 1979. Read all about Fleetwood Mac here.

Flying Lizards where another one hit wonder when they reached number 5 with Money in 1979.

Focus had 2 hits in 1973 with Hocus Pocus which got to number 20 and Sylvia which reached number 4.

The Fortunes had 2 hits as well. Freedom Come Freedom Go got to number 6 in 1971 and in 1972 Storm In aTeacup reached number 7.

This post has gone a while hasn’t it? I will cut off now and do some other posts for the remaining bands.

I hope you enjoyed what you read and liked it enough to leave a comment below. Let me know your favourite band of the 70s. Could you do me a favour and pop over to facebook and like my page please. It would be great if you could add a favourite video of yours there too. Thanks in advance.