This post features Hurricane Smith songs and a bit of history of the man himself.

Hurricane Smith was a record producer and singer and was born on 22 February 1923 and sadly passed away on the 3rd March 2008 aged 85. His real name was Norman Smith and he was born in Edmonton, North London. He took on the name Hurricane when he recorded his songs in the early 70’s. 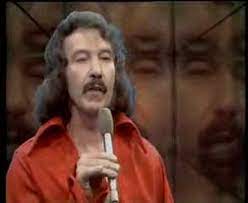 There was only ever 3 Hurricane Smith songs that made it to the charts in the UK. Here they are below.

This song reached number 2 in the charts in the UK

Hurricane Smith Songs – Oh Babe What Would You Say.

This song reached number 4 in the charts in the UK

This song reached number 23 in the charts in the UK

“In June 1962, the recording engineer Norman Smith, who has died aged 85, was assigned to a test recording by an unknown Liverpool group for EMI’s Parlophone label. “Go and pick up George from the canteen,” said Smith to tape operator Chris Neal after hearing the demo, “and see what he thinks of this.” The “George” was George Martin, head of artist and repertoire (A&R) for Parlophone, and he was equally impressed by what was to be the Beatles’ first EMI single, Love Me Do. From then on, he and Smith supervised all the Beatles’ recordings until the end of 1965, concluding with the Rubber Soul album. Smith was later entrusted with remixing Beatles tracks into stereo sound.

Within the Smith-Martin partnership it was the engineer’s technical skill that realised Martin’s aesthetic choices. Thus, when Martin wanted to recreate a “live” sound, Smith would open the microphones and let the sound “bleed”, as he put it.

Smith had been a teenager in the 1930s, a world away from the late 1950s of the Beatles and their contemporaries. And, just like other EMI employees, Smith was smartly dressed and politely spoken. On first encountering the band, he told author Brian Southall, he “couldn’t believe what louts they looked with their funny haircuts”. The bands Smith engineered included another then highly successful Liverpool group, Gerry and the Pacemakers. Smith, said Gerry Marsden, was “shocked that these scousers invaded his recording studio, bringing rum and Coke and swearing and smoking, putting their feet up on the mixing console”. The Beatles called him “two-decibels Smith” because of his habit of asking group members to turn down the volume on a guitar amplifier and John Lennon nicknamed him “Norman Normal”.

Smith was born in Edmonton, north London. He trained as a glider pilot in the RAF during the second world war, but did not see combat. After the war day jobs were supplemented by his role, mainly as a drummer, in the Bobby Arnold Quintet.

Then, in 1959, and lying about his age – EMI’s limit was 28 and he was 35 – Smith applied to become an apprentice engineer at the Abbey Road studios. As his fellow engineer Geoff Emerick recalled, “It was common practice to lie about your age on job applications in those days and no one knew exactly how old Norman was”. Beginning as a tape operator, Smith was soon promoted to balance engineer, in which capacity he was assigned to work with Martin. He engineered hits by Helen Shapiro and Frank Ifield on EMI’s then more prestigious Columbia label before the arrival of the Beatles.

Looking back on his time with the group, he said he had got out of sympathy with the direction of their music, but he was also moving up in the EMI hierarchy. Martin had left the company to work as an independent producer and Smith became the head of Parlophone A&R with an office at EMI’s headquarters in the West End. An invitation to visit the “underground” UFO Club followed. There he saw a group which even had a light show, Pink Floyd. “What I saw absolutely amazed me,” he told EMI’s official historian Peter Martland. “I was still into creating and developing new electronic sounds in the control room, and Pink Floyd, I could see, were exactly into the same thing; it was a perfect marriage.”

Smith persuaded EMI to offer a very high advance payment, £5,000 against royalties and produced the group’s second hit single See Emily Play in 1967 and its first four albums. He helped to construct the spacy sounds on Set the Controls for the Heart of the Sun on Floyd’s second album A Saucerful of Secrets (1968). Smith was “old-school, with a dry sense of humour,” recalled the group’s Roger Waters. “I liked him enormously.” In 1968 Smith produced the Pretty Things’ early “rock concept album” S.F. Sorrow.

Smith had played trumpet in a traditional jazz band in the 1950s and was an accomplished pianist, drummer and songwriter who had once been offered £15,000 for the rights to a song by the Beatles publisher Dick James, after Paul McCartney had shown an interest in recording it. But his decision to launch his own recording career in 1971 was a surprise. Using the nom de disque Hurricane Smith and a gravelly vocal delivery, his first single Don’t Let It Die, reached number two in the British charts. It was followed by Oh Babe, What Would You Say, a top five hit on both sides of the Atlantic. Later records for EMI and Pye were less successful and Smith reverted to producing and engineering, working with Kevin Coyne among others.

He was in virtual retirement in the 1980s and 1990s, breeding horses for a while, but returned to the recording studio aged 80 in 2003 to record From Me to You. Produced by his son Nick Smith, this album reprised the Hurricane Smith hits and also included a series of spoken reminiscences about his career.

Smith’s final public appearance was at a Beatles convention in New Jersey last year, where he launched a limited edition memoir, John Lennon Called Me Normal.

He is survived by his wife, Eileen, Nick, his daughter Dee, and a grandson.

This Obituary was taken from the Guardian Newspaper here is a link to the article.

What Do You Remember About 70’s Music?

I know there wasn’t many Hurricane Smith songs but the three he had hits with were pretty good. Thanks for visiting today and leave a comment if you found this article informative. Check out my other posts on this site and see if it brings back any memories for you, if it does let me know what you remember about music in the 70’s and maybe tell me your favourite songs or artists.

4 Replies to “Hurricane Smith Songs In The 70’s”