Today we have John Lennon Imagine Lyrics plus a video with the words and music. Stay watching the video for some amazing vinyl art of John Lennon. 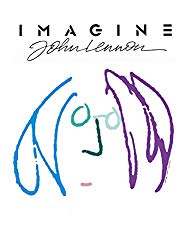 It’s easy if you try

No hell below us

Above us only sky

It isn’t hard to do

Nothing to kill or die for

And no religion, too

Living life in peace… You…

You may say I’m a dreamer

But I’m not the only one

I hope someday you’ll join us

And the world will be as one

I wonder if you can

No need for greed or hunger

A brotherhood of man

Sharing all the world… You…

You may say I’m a dreamer

But I’m not the only one

I hope someday you’ll join us

And the world will live as one

The 2nd solo album from John Lennon was Imagine, the title song soon become known as his signature song. It was released on Apple Records on the 9th September 1971. The album was co-produced by Phil Spector and Lennon’s wife Yoko Ono.

The album reached number 1 in the UK album chart and the US billboard 200.

All songs written by John Lennon; “Imagine” and “Oh My Love” co-written by Yoko Ono.

You can get the full write up of the album here. 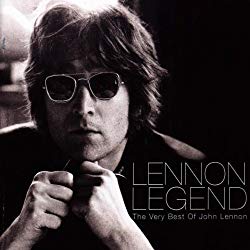 Leave a comment below if you have any memories of this song or even John Lennon. It is amazing the interest still with John even now nearly 40 years after his tragic death on December 8th 1980. His memory lives on though, the fans still love his music and the man himself.