Today’s post is all about David Bowie album covers. This is a follow up on from my previous album cover posts about Rod Stewart, Elton John and Queen. David had 11 studio albums in the 70s, below are the album covers and info on each album. 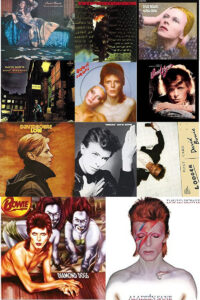 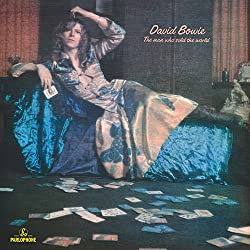 The Man Who Sold The World was the 3rd album by David Bowie.

The album was produced by Tony Visconti and recorded at Trident and Advision Studios in London during April and May 1970. It features the first appearances of guitarist Mick Ronson and drummer Mick Woodmansey on a Bowie record, who would later become famous as members of the Spiders from Mars. See full article.

All tracks are written by David Bowie 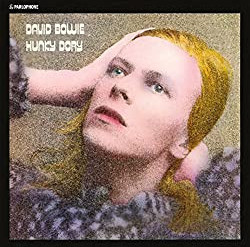 Following the release of his 1970 album, The Man Who Sold the World, Bowie took time off from recording and touring. He settled down to write new songs, composing on piano rather than guitar as on earlier tracks. Following a tour of the United States, Bowie assembled a new backing band consisting of guitarist Mick Ronson, bassist Trevor Bolder and drummer Mick Woodmansey, and began to record a new album in mid-1971 at Trident Studios in London. Future Yes member Rick Wakeman contributed on piano. Bowie co-produced the album with Ken Scott, who had engineered Bowie’s previous two records.

All tracks are written by David Bowie except were noted. 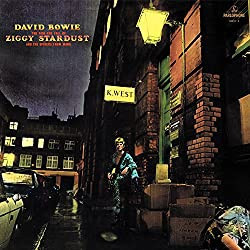 The Rise and Fall of Ziggy Stardust and the Spiders from Mars (often shortened to Ziggy Stardust) is the fifth studio album by English musician David Bowie, released on 16 June 1972 in the United Kingdom by RCA Records. It was produced by Bowie and Ken Scott and features Bowie’s backing band the Spiders from Mars — Mick Ronson, Trevor Bolder and Mick Woodmansey. Most of the songs were written around the same time as its predecessor Hunky Dory. After that album was completed, recording for Ziggy Stardust commenced in November 1971 at Trident Studios in London, with further sessions in early February 1972

All tracks written by David Bowie except It Aint Easy written by Ron Davies. 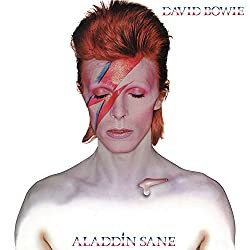 The follow-up to his breakthrough The Rise and Fall of Ziggy Stardust and the Spiders from Mars, it was the first album he wrote and released from a position of stardom. It was produced by Bowie and Ken Scott and features contributions from Bowie’s backing band the Spiders from Mars — comprising Mick Ronson, Trevor Bolder and Mick Woodmansey — as well as pianist Mike Garson, two saxophonists and three backing vocalists. It was recorded at Trident Studios in London and RCA Studios in New York City between legs of the Ziggy Stardust Tour. See full article.

All tracks written by David Bowie except Let’s Spend The Night Together which was written by Keith Richards and Mick Jagger. 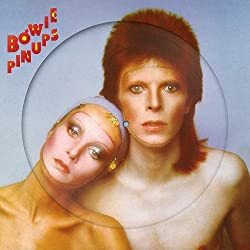 Pinups was released in October 1973 by RCA Records. It is a covers album, featuring songs by bands such as the Pretty Things, the Who, the Yardbirds and Pink Floyd. Like his two previous albums, it was produced by Bowie and Ken Scott and features contributions from two members of Bowie’s backing band the Spiders from Mars – Mick Ronson and Trevor Bolder; Mick Woodmansey was replaced by Aynsley Dunbar on drums. It was recorded in July and August 1973 at the Château d’Hérouville in Hérouville, France. See full article 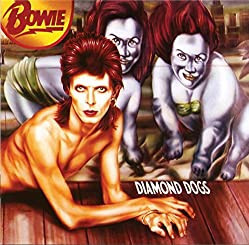 All tracks written by David Bowie 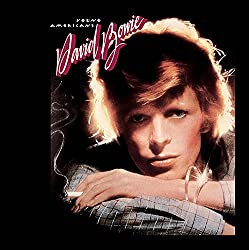 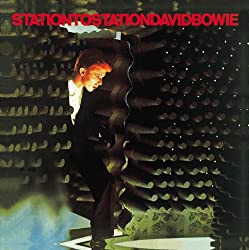 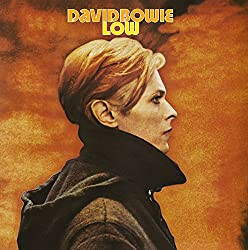 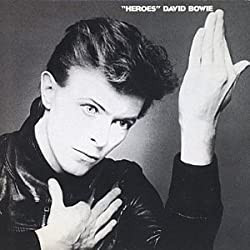 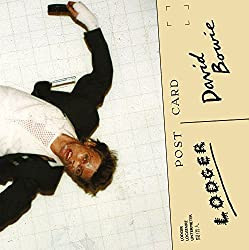 If you enjoyed this post on David Bowie album covers, could you pop over to my facebook page and click the like button please. You will then be able to see when I add my latest posts. Thanks in advance. Music Of The 70s facebook page.