In this Queen songs list I will be having a look at the band in the 70’s and 80’s. First though I will do a bit of history of the band. How they started and then list all of their hits. 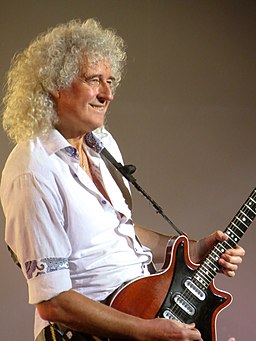 The origins of Queen lie with a band called Smile, the band were formed by Brian May (born on the 19th July 1947), drummer Roger Taylor (born on the 26th July 1949) and bassist/vocalist Tim Staffel. They were all students at the Imperial College in London UK.

Even though they were serious about their studies, they still managed to get a single released in the US on the Mercury label, the single was called Earth. After it flopped in the US it was shelved in the UK and Jim Staffel left.

A friend of Staffel who had frequently watched the band was a guy called Freddie Bulsara, although he preferred to be called Freddie Mercury (born The 5th September 1946).  According to Brian May, Freddie was never shy about giving his opinion on how the band should be putting their music across.

When Staffel left and the band ended, Freddie joined forces with Brian and Roger. 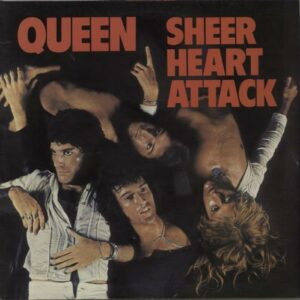 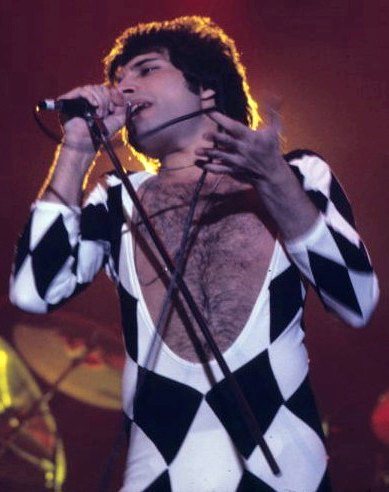 Freddie Mercury came up with the name for the band and it seemed to suit the image they would portray. With Freddie’s camp image and ambiguous sex appeal gave the band a glamourous, attention seeking look. The trio worked on material for several months before they recruited bassist John Deacon (born on the 19th August 1951).

The line-up was complete by February 1971, they decided not to go slogging round the pub and club circuit. They did the odd gig at the Imperial College but instead concentrated on writing and rehearsing an ambitious but considered collection of songs.

They were now aiming for a recording contract and made some demos in the De Lane Lea Studios. Helped by studio engineers Thomas Baker and John Anthony they got a contract with the Trident Production Company to record an album which Trident would then try to place with a major record company. 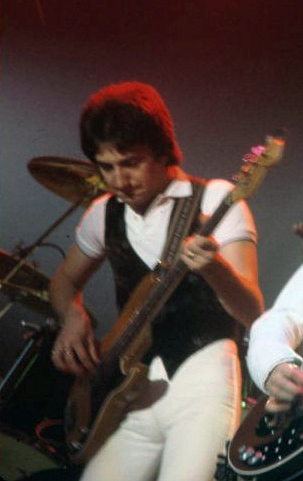 Trident appointed Jack Nelson as the manager of the band affairs and along with Baker and Anthony producing they recorded their first album Queen. This album was recorded at low cost, they recorded when the studio had down time, when no other band had booked the studio. Despite the penny-pinching approach the album showed enough of Queen’s power to secure a contract with EMI Records.

EMI Records launched with a completely disorganised campaign that all but ruined the chances of the album and the single Keep Yourself Alive. It was delayed for 7 months and when it finally came out in July 1973, the media was swamped with handouts and promotional copies, which for a band who had only played a handful of gigs, suggested hype.

The album and single never made the charts, but they did get in a couple of television appearances and started to build up a grass roots following by playing a tour as support for Mott The Hoople during November and December 1973.

The second album Queen II was released in March 1974. This coinsided with their first headlining British tour and the album and the single taken from it Seven Seas Of Rhye both reached the top 10 in the charts in the UK.

Although Queen II was composed mainly by Mercury and May, Mercury wrote the black side and May the white side apart from one contribution from Taylor. Later Taylor and Deacon took a more active creative role within the band. Indeed, Deacon wrote Another One Bites The Dust which was one of the band’s biggest successes worldwide.

Let’s have a look at the bands chart sucess over the years.

I will list the singles first and then the albums. I hope you enjoy the list and it brings back some great memories for you. There are always some songs you forget and when you see it written down you go oh yeah! I remember that one.

Here is a list of Queen’s top 20 hits of the 70’s. They had 11 singles in this decade. I will add song title, year of hit and position reached here in the UK and if applicable the US, enjoy.

Queen Albums Of The 70’s

Queen released 7 studio albums in the 70’s plus one live album in 1979, Here they are below. as usual I name the album, the year released and position reached in the charts in the UK and the US if applicable.

I know this is supposed to be a 70’s site but you can’t do a write up about Queen without mentioning the 80’s, what with their performance at live aid and all that. I remember after they appeared at the Live Aid concert their greatest hits album went straight to number one the following week here in the UK. So here goes.

Queen had 16 top singles in this decade. I have added Queens’s christmas song which peaked at number 21 as you probably know it so well, we hear it countless times every year after all. 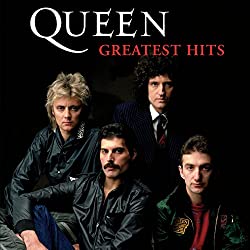 A fine collection you must agree, with all the hits up until that time.

As you probably know Queen are still touring to this day 13th June 2019. Adam Lambert is the current singer with Queen as they embark on another tour. I was listening to an interview with him on the radio only yesterday where he was talking about it. 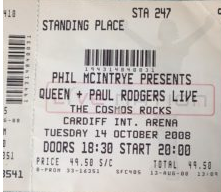 I didn’t see Queen when Freddie Mercury was alive but saw them with Paul Rodgers (lead singer with Free) in a concert in Cardiff. It was a great night as they did all the Queen hits plus the Free songs too like Alright Now and Wishing Well. I have a dvd of Queen with Paul Rodgers and it is amazing.

If you enjoyed this post on Queen leave a comment below and let me know what your favourite Queen song was. I think mine was Don’t Stop Me Now which always get people singing in the pub.