I have noticed there seems to be a lot of interest in album covers, especially from the 70s. In today’s post I am looking at Rod Stewart album covers. I think these covers will bring back a lot of memories for you and I would think a few of you own the albums mentioned. Rod Stewart’s first album release was An Old Raincoat Won’t Let You Down in 1969. 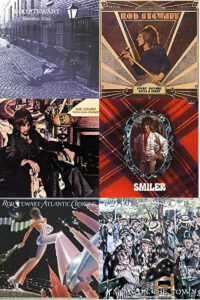 Rod’s 2nd album release  was Gasoline Alley in 1970. It didn’t do well in the charts as he was a relatively new artist on the scene. It made number 62 in the album charts in the UK but laid the foundations for what was to follow in the coming years.

Every Picture Tells A Story

The follow up to Gasoline Alley was Every Picture Tells A Story and became the first of Rod’s albums to the top the charts. He also had a number 1 single with Maggie May which was from the album.

Never A Dull Moment was another number 1 album in 1972. This contained my favourite Rod song, You Wear It Well which also went to number 1 in the singles chart. 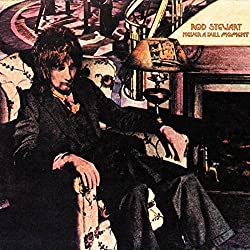 Rod Stewart had another number 1 album with Smiler in 1974. This album featured Farewell and Bring It On Home To Me. 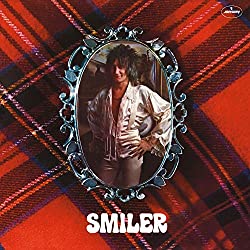 Number 1 again with the release of Atlantic Crossing in 1975. Sailing was the big hit from this album and another number 1 single for Rod. Also on this album was Rod’s version of This Old Heart Of Mine which reached number 4. 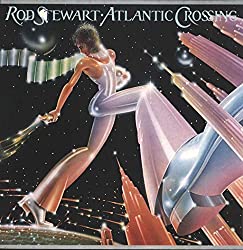 A Night On The Town

A Night On The Town released in 1976 was Rod’s last number 1 studio album of the 70’s. There were 2 hit singles from this album Tonight’s The Night (Gonna Be Alright) which got to number 5 and The Killing Of Georgie (Part I and II) that made it to number 2 in the singles chart. First Cut Is The Deepest was also on this album and was released as a double A side with  I Don’t Want To Talk About It in 1977 and got to number 1. 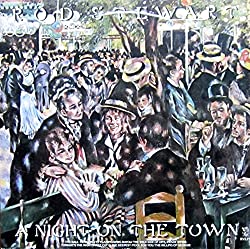 This album was released in 1977 and got to number 3 in the album charts. The hit singles from this album where You’re In My Heart (The Final Acclaim) which peaked at number 3. This song was my wife and i’s first song at our wedding in 1993. He also had a double A side with 2 songs from the album in 1978.  Hotlegs and I was Only Joking got to number 5. 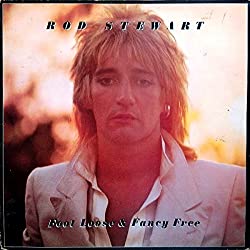 The last studio album of the decade for Rod Stewart in 1978 which also got to number 3. Da Ya Think I’m Sexy? taken from the album made it to the top spot in the charts. Ain’t Love A Bitch was a hit in 1979 and reached number 11. 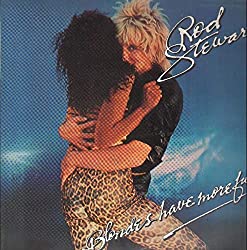 If you enjoyed this post on Rod Stewart album covers, could you pop over to my facebook page and click the like button please. You will then be able to see when I add my latest posts. Thanks in advance. Music Of The 70s facebook page.