Welcome to today’s post on the best Roxy Music songs. Before we get to list though here is a bit of history of the band.

Roxy Music were an English band who were formed in 1970 by Bryan Ferry who was the bands lead vocalist and songwriter and Graham Simpson on bass guitar. Other longtime members were Phil Manzanera on lead guitar, Andy Mackay on saxaphone and oboe and Paul Thompson on drums. Other members worth a mention were Brian Eno on synthesizer, Eddie Jobson synthesizer and violin and John Gustafson on bass.

They had a string of hits in the 70’s and early 80’s. I hope you enjoy this trip down memory lane.

The best Roxy Music songs in my opinion were during the 70’s and below I will show why I think this. Roxy Music had 8 top 20 hits in the UK during this decade. Here they are below

All I Want Is You

All I Want Is You was their only hit in 1974 reaching number 12 in the charts in the UK.

Love Is The Drug

Love Is The Drug hit number 2 in the charts in October 1975, the also had a minor hit in December of that year with Both Ends Burning which only managed to make it to number 25.

Another big hit for Roxy Music in 1979 was Dance Away peaking at number 2 so close to being the bands first number 1.

Angel Eyes was also released in 1979 and reached number 4 in the charts.

We now move on to the 80’s and the band continue to release singles at a fair old rate. They had 6 top 20 hits in this decade.

Over You was Roxy Music’s first hit of the eighties, it reached number 5 in may 1980.

Oh Yeah (On The Radio)

Another hit in 1980 was this song Oh Yeah (On The Radio) which also got to number 5.

At last a chart topper for the band in February 1981, but tinged with a bit of sadness because it was a tribute song to John Lennon who had been murdered in New York on the 8th December 1980. A fitting tribute I think.

Avalon was the last of the bands top 20 singles in June 1982 reaching number 131 in the UK charts. 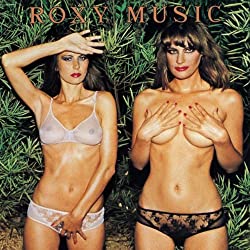 There you have it the best Roxy Music songs over a ten year spell. 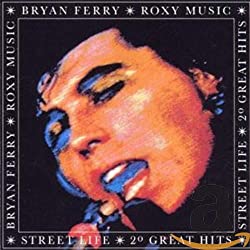 On Friday 29th March 2019 Roxy Music were inducted into the Rock and Roll Hall Of Fame.

This picture was taken from Roxy Musics facebook page.