I was searching for music lover gift ideas on google and thought I would make a couple of posts on what I found. I look through some of the books from artists from the 70s and think they would make good gifts for the 70s music lover in your life.

Do you consider yourself an expert in all areas of ABBA’s music from the 1970s and 1980s? Test yourself with this assortment of questions covering the songs, albums, concerts and other events from the supergroup’s heyday. The book contains 150 multiple choice questions and additional facts and narrative. More Swedish culture than meatballs, gravlax and herring. The information in this book will equip you for any ABBA question in a pub quiz! 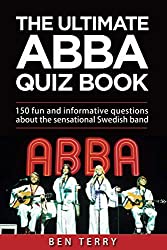 (Piano/Vocal/Guitar Artist Songbook). This updated second edition features the lyrics to almost 200 songs from the Fab Four’s vast musical library, including a bonus section of cover songs. This must-own souvenir for all Beatles fans and songwriters is an amazing tribute to the most influential band in pop history. A complete discography is also included, with lots of great full-page photos throughout the book, and a song title index. 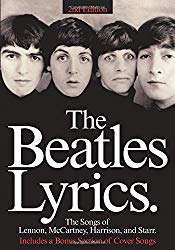 Despite several rebirths in a career that spanned many decades, it seemed that tragedy followed the Gibbs like a curse. For every incredible career high there was a hefty personal downside: divorce, drunkenness, and death seemed as synonymous with the Gibbs as falsetto harmonies, flares, and multi-platinum record sales. Not long before his death, Robin made it clear that he believed the Gibbs had been forced to pay the highest possible cost for their success. “All the tragedies my family has suffered . . . is a kind of karmic price we are paying for all the fame and fortune we’ve had.” This is the story of the brothers’ incredible careers and an examination of the Gibb “curse,” an all-too-human look at the roller coaster ride of fame. 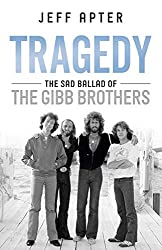 Blondie were the most successful rock act to emerge from New York’s seminal and anarchic downtown punk scene of the mid-70s. Their beautiful and multi-talented lead singer, Debbie Harry, became the most photogenic and photographed rock performer of all time. Picture This is a startling and energetic record of the band that spawned power pop at the peak of their success. It explores in depth, both visually and verbally, the unique natural charm and charisma of Debbie’s “Punk Marilyn Monroe” persona in its prime, and her successful reinvention of that persona for Blondie’s glorious comeback of recent years.

Mick Rock provides a vivid, memorable account of his larger-than-life adventures behind the camera. Revealing, like no other book, just what made Debbie Harry and Blondie so distinctive, this album is a delight for any fan of rock culture imagery, and an exciting tribute to America’s pre-eminent pop/punk band. 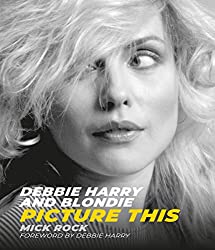 Inside the making of one of the biggest-selling albums of all time: Fleetwood Mac’s Rumours

Fleetwood Mac’s classic 1977 Rumours album topped the Billboard 200 for thirty-one weeks and won the Album of the Year Grammy. More recently, Rolling Stone named it the twenty-fifth greatest album of all time and the hit TV series Glee devoted an entire episode to songs from Rumours, introducing it to a new generation. Now, for the first time, Ken Caillat, the album’s co-producer, tells the full story of what really went into making Rumours–from the endless partying and relationship dramas to the creative struggles to write and record “”You Make Loving Fun,”” “”Don’t Stop,”” “”Go Your Own Way,”” “”The Chain,”” and other timeless tracks. 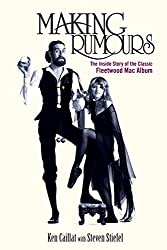 This is the full story of every single song that Michael Jackson recorded and released during his long and remarkable solo career.

With fascinating stories and detailed information on every track – as well as key early songs with The Jackson Five and his legendary dance moves and videos – All the Songs is the complete unofficial history of one of the greatest musical legacies of all time.

Arranged chronologically by album, expert authors Lecocq and Allard explore the details behind early hits such as ABC and I Want You Back, to solo masterpieces such as Don’t Stop ‘Til You Get Enough, Billie Jean, Beat It, Smooth Criminal, Black or White, This Is It and more – including outtakes, duets and rare tracks.

Explore the magic behind the King of Pop’s music with this in-depth, captivating book. 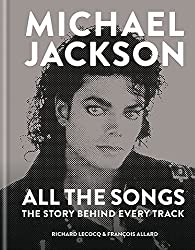 Are you a true Elton John fan? Have you picked up lots of little known facts about Elton over the years? Then the time has now come to put your knowledge to the test with this enjoyable and educational quiz about one of the most successful musicians of all time.

This Elton John quiz book contains one hundred and one informative and entertaining questions – all with multiple choice answers. Some of the questions are easy, and some are more challenging, and all the questions have been created to test your knowledge of Elton’s long and successful musical career – and teach you a new fact or two.

This book is packed with information and will really test your knowledge of the legendary singer and pianist. Elton John is one of the most successful musicians of all time, so let’s find out just how much you know about Sir Elton John.

This quiz book will make a great gift for any Elton John fan, and also a great present for for yourself.
It really is a must-have for all true Elton John fans, whatever age you are, wherever you live in the world, so buy it now! 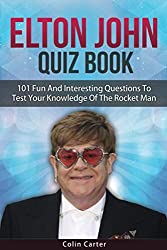 John Lennon, 1980: The Last Days in the Life traces the powerful, life-affirming story of the former Beatle’s remarkable comeback after five years of self-imposed retirement. Lennon’s final pivotal year would climax in several moments of creative triumph as he rediscovered his artistic self in dramatic fashion. With the bravura release of the Double Fantasy album with wife Yoko Ono, he was poised and ready for an even brighter future only to be wrenched from the world by an assassin’s bullets. John Lennon, 1980 isn’t about how the gifted songwriter died; but rather, about how he lived. 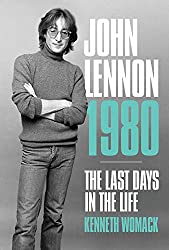 Follow the incredible story of the man they call the “King of Rock and Roll”. Elvis Presley’s life and career is shown from his care-free beginnings at Sun records in the 1950s to global superstardom. In addition the book features rare interviews with the legendary Elvis guitarist Scotty Moore, Drummer DJ Fontana and Elvis’s loyal backing singers the Jordanaires. To bring you even closer to the King the book features a wide variety of superb on the page rare memorabilia and documents from the archives covering Elvis’ career including tour posters personal letters publicity material and fascinating items and tickets from his greatest gigs together with his best album covers. 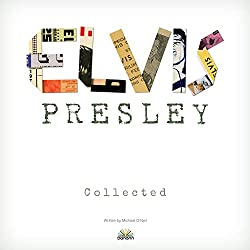 ‘One of the most entertaining, revealing, captivating books of the year’ Independent

Rod Stewart was born the working-class son of a Scottish plumber in North London. Despite some early close shaves with a number of diverse career paths, ranging from gravedigging to professional football, it was music that truly captured his heart – and he never looked back.

Rod started out in the early 1960s, playing the clubs on London’s R&B scene, before his distinctively raspy voice caught the ear of the iconic front man Long John Baldry, who approached him while busking one night on a railway platform. Stints with pioneering acts like the Hoochie Coochie Men, Steampacket, and the Jeff Beck Group soon followed, paving the way into a raucous five years with the Faces, the rock star’s rock band, whose offstage antics with alcohol, wrecked hotel rooms and groupies have become the stuff of legend.

And during all this, he found a spare moment to write ‘Maggie May’, among a few others, and launch a solo career that has seen him sell an estimated 200 million records, be inducted into the Hall of Fame twice, and play the world’s largest ever concert. Not bad, as he says, for a guy with a frog in his throat.

And then, there is his not-so-private life: marriages, divorces and affairs with some of the world’s most beautiful women – Bond girls, movie stars and supermodels – and a brush with cancer which very nearly saw it all slip away.

Rod’s is an incredible life, and here, thrillingly and for the first time, he tells the whole thing, leaving no knickers under the bed. A rollicking rock ’n’ roll adventure that is at times deeply moving, this is the remarkable journey of a guy with one hell of a voice – and one hell of a head of hair. 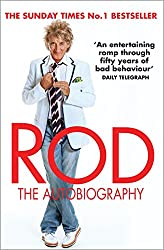