In my opinion the music of the 70s has never been equalled before or after. That is just my opinion though, you may think differently of course. If we all liked the same things life would be boring wouldn’t it. Whatever your taste in music is the 70s has to be up there.  If it is number 1 songs you are looking for here is a link to the number one songs of 1970.

This post however covers songs from 1970 that you may have forgotten about or never even heard before. They never made it to the top spot but were still great records. As usual I will name the artists in alphabetical order, the name of the song and number it reached in the UK singles chart. I hope you enjoy this look at the forgotten songs of 1970. 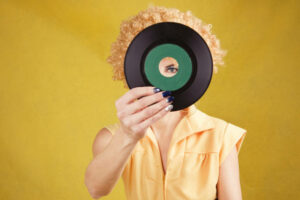 I have just been doing some research on Badfinger. I discovered that 2 of the band Pete Ham and Tom Evans wrote the song Without You that was a number 1 hit for Harry Nilsson in 1972. Which was the first single I ever bought. The song was on their 1970 album No Dice. Who knew?

The band evolved from an earlier group called The Iveys, formed in 1961, which became the first group signed by the Beatles’ Apple label in 1968. The band renamed themselves Badfinger, after ‘Bad Finger Boogie’, the working title for the Beatles’ 1967 song “With a Little Help from My Friends”. From 1968 to 1973, Badfinger recorded five albums for Apple and toured extensively, before they became embroiled in the chaos of Apple’s dissolution. See full article here.

I heard this Hollies song on a 70s music channel recently and couldn’t believe I missed such a great song. Perhaps I was too young at the time, Have a listen and let me know what you think in the comments below.

This song was written by Benny Gallagher and Graham Lyle, who were both members of the group McGuinness Flint at the time. The other members were guitarist Tom McGuiness, Hughie Flint on drums and vocalist and keyboard player Dennis Coulson. Gallagher and Lyle had a couple of big hits later in the 70s as a duo.

This was Gilbert O’Sullivan’s first chart single, I remember buying this from a record shop that sold records from jukeboxes so the middle part was missing. You could buy a piece that fitted into the middle though, so you could play the records. Good old vinyl.

Supremes – Up The Ladder To The Roof – 6

I am not familiar with this Who song as I was only 14 when this was in the charts. I have listened to many Who albums but can’t remember hearing this one. Have a listen and let me know if you remember it.

Started off as little Stevie Wonder, when he was 11 he was signed by Motown’s Tamla label and had his first number one song at 13. Wow

Well, I hope you enjoyed this look at the forgotten songs of 1970. Leave a comment below and let me know if any song brought back great memories for you.

Do you want to see how your favourite 70s song fared in the charts? Then pick up a copy of my free ebook the A-Z of 70s Music Artists by leaving your details in the form on the side of this page. It is a handy guide to all your favourite artists all in one place, that you can go back to time and time again, without needing to google it. It took me a very long time to do this ebook so grab a copy to make sure my time was well spent.