If listening to the music of the 70s is your favourite pastime then you will love this site. What is it that made the 70s the best decade for music (in my opinion). You may prefer another decade but as you are here I believe you have a liking for the 70s and all the great music that was around then.

A few things that happened in the UK in 1970. The half crown coin ceased to be legal tender, remember them? The first jumbo jet to land in Britain which was a Boeing 747 landed at Heathrow. Martin Peters became the nations first £200,000 football player when he transferred from West Ham to Spurs. Everton won the first division title (changed days). Chelsea won the F.A. cup and Manchester City won the European cup winners cup having won the F.A. cup the previous year.

Paul McCartney announced he had left the Beatles. Golfer Tony Jacklin won the US Open and Jack Nicklaus won the British Open. The Commonwealth Games were held in Edinburgh. In November the ten shilling note ceased to be legal tender.

OK, let’s get to the music. Where do you start with 70s music? I suppose 1970 would be the best place to go. What happened music wise in 1970? There were 14 new number one songs in this year, have a look at them here. I would like to have a look at those songs that didn’t quite make it to the top but were great songs too. I will do them alphabetically as it easier for you to find your favourite. I do like a list. I will only do 20 in each year so I don’t spend all week writing this article:)

Do you remember these things happening in the UK in 1971? The year got off to a bad start with the Ibrox disaster up in Scotland. 66 people were killed in a crush at a Rangers v Celtic match on January 2nd. On the 20th January the first ever postal workers strike took place, this is of interest to me as I have worked for Royal Mail since 1980. It ended 47 days later in March

Arsenal did a league and cup double and Chelsea won the European cup winners cup beating Real Madrid 2-1 in the final. In August of 1971 Chay Blyth became the first person to sail around the world, east to west against the prevailing winds and show jumper Harvey Smith was stripped of his victory in the British Show Jumping Derby by the judges for giving a v sign.

In September the pre-decimal penny and Threepence ceased to be legal tender. Also in September The Old Grey Whistle Test was aired on BBC 2 for the first time.

Music time, There were 13 number one songs in 1971, check them out here. Other songs that didn’t hit the top spot but were still great are listed below. As I said above I will stick to 20 for each year.

In January of 1972 the miners voted to go on strike and were out for 7 weeks. Unemployment reached the 1 million mark for the first time since the 1930s. In the first uefa cup final Spurs beat Wolverhampton Wanderers 3-2 on aggregate over 2 legs. Derby County won the first division and Leeds won the F.A. cup beating Arsenal 1-0 with an Allan Clarke header. Glasgow Rangers won the European cup winners cup beating Dymano Moscow 3-2 in the final

In September the school-leaving age in England and Wales was raised to 16. I left school in May of this year aged 16 so that law must have already been in up in Scotland.

Onto the music, there were 17 number 1 songs in 1972 see them here. Below I will again list 20 great songs that didn’t quite make it to the top.

On the 1st January 1973 the UK, the Republic of Ireland and Denmark joined the European Economic Community (EEC). The super tug Statesman was sent to protect British fishing vessels from Icelandic ships in the Cod War. On 27th February the rail workers and civil servants went on strike.

In March Pink Floyd released the album Dark Side Of The Moon which went on to become the best-selling album of all time by British artists. The queen opened the new London bridge. On the 1st of April value added tax (VAT) came into effect in the UK. 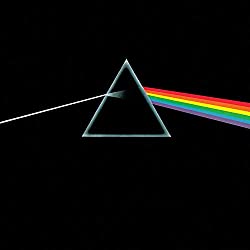 Liverpool won the first division title and Sunderland became the first team without a single player capped at international level to win the FA cup. They beat Leeds United 1-0 in the final. It was also the first post-war win by any club outside the first division. Also in May the Royal Navy sent 3 frigates to protect British fishing vessels from Icelandic boats as the Cod War escalated. Princess Anne announced her engagement to Mark Phillips.

In July the James Bond film Live and Let Die was released with Roger Moore playing Bond. Eighteen coal miners were killed at Markham colliery near Staveley Derbyshire when the brakes failed on their cage. In August Gordon Banks announced his retirement from football having lost an eye in a car crash the previous year.

On the 14th November Princess Anne married Mark Phillips at Westminster Abbey. The Last Of The Summer Wine TV series had its first run on BBC 1. In December the speed limit on motorways was reduced to 50mph from 70mph until further notice. On December the 31st due to coal shortages caused by industrial action the three-day week to stop electricity consumption was introduced.

Now the music, I hope you are enjoying these little snippets of what was happening at the time. If not let me know.